Charred Wood siding and fencing are uniquely durable among outdoor woods. While we have covered the fire-resistance of charred wood previously, an area we have not yet investigated is what makes charred wood pest and bug resistant.

The first thing we need to cover this that charred wood is not “bug proof.” It is however, bug resistant. Termites fed charred wood were shown to be less healthy than termites fed fresh pine shavings, although when given nothing else to eat, the termites still did eat the charred wood. The charring therefore, is a deterrent, but not a complete solution for termites and other wood pests.

There really isn’t one single solution for pests such as termites, other than just not using any wood in your construction. There are, however, many things you can do in the construction or remodeling of a building to help prevent pest damage, and using charred wood siding and fencing would be a part of that, but not the whole thing.

A thorough study of exactly why termites and other pests dislike charred wood has not been done, but we can speculate as to why the char layer is disliked by pests. Just like with fire resistance, the charring process drives off the lighter-weight and more volatile cellulosic compounds, leaving behind the blackened lignin which is harder and more stable. Like we explained in the fire resistance article, there are essentially two main components of wood – cellulosic compounds, and lignin. The cellulosic compounds in wood are more volatile, which means that they are less chemically stable, and therefore they are easier to break apart, releasing energy. The lignin is much more chemically stable, and therefore harder to digest.

The softer cellulosic components of wood do not necessarily contain more energy, but the energy is more easily accessible, so if the cellulosic compounds are largely vaporized and burned off during the charring process, then the wood is less nutritious to termites and other pests.

Additionally, while we will never know what tastes good to termites and other pests, the charcoal compounds left behind after the charring process are likely less tasty to pests. Numerous compounds formed during combustion are left in the charred layer, many of which are probably not particularly healthy to eat, even for termites. 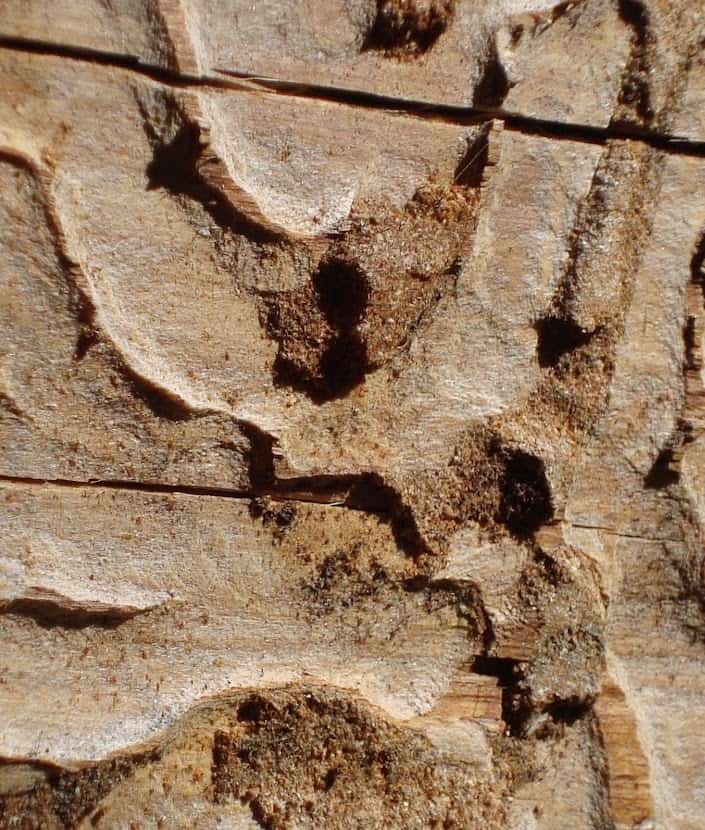 The Czech architecture firm A1Architects has really embraced charred wood siding, specifying it in many of their projects. They have done a beautiful job integrating and featuring this natural and striking material.

The siding they used has what we would call a “medium char” on it, with more of the browns and greys of the underlying wood shining through the char layer. This thinner char layer is less durable than a deep char, but provides its own unique and beautiful aesthetic. Furthermore, if weathering proves to be an issue with the medium char siding used in this project, it is always possible to add a clear-coat or stain to the siding once it has been installed.

Take a look at a beautiful garden teahouse they designed and built in Prague: 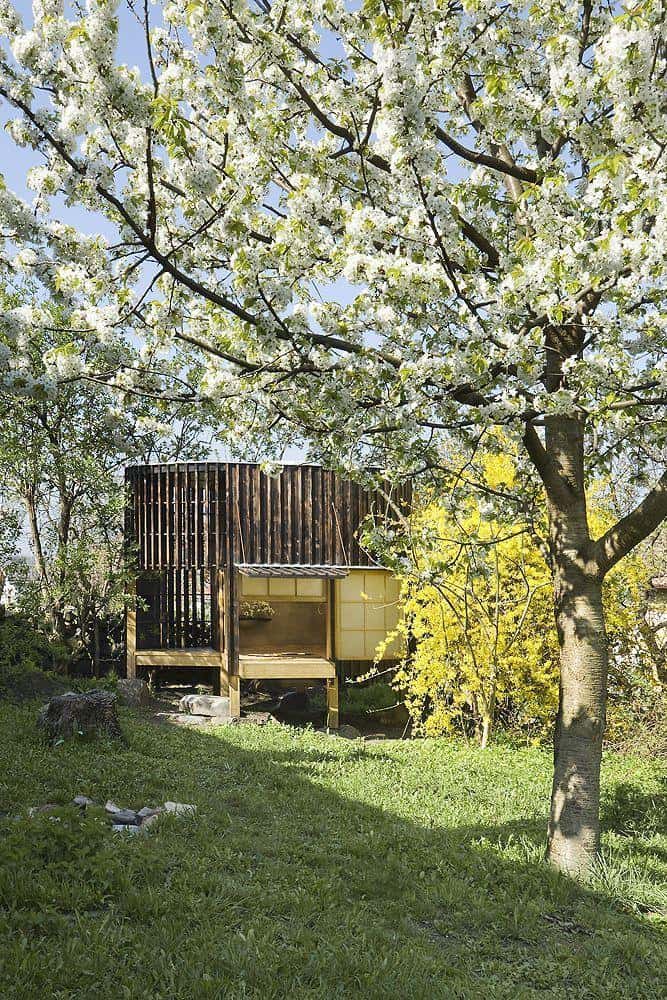 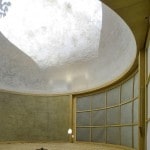 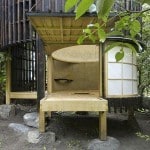 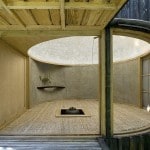 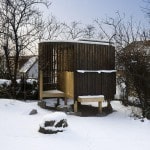 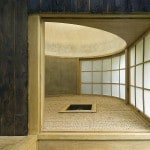 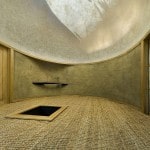 In the early 2000′s, Shou Sugi Ban was “rediscovered,” first in Japan, but then it quickly gained the attention of architects and designers in Europe and North America, and started showing up in custom designed houses and buildings. In the last few years its use has really exploded, for all the same reasons that it was popular in Japan hundreds of years ago. 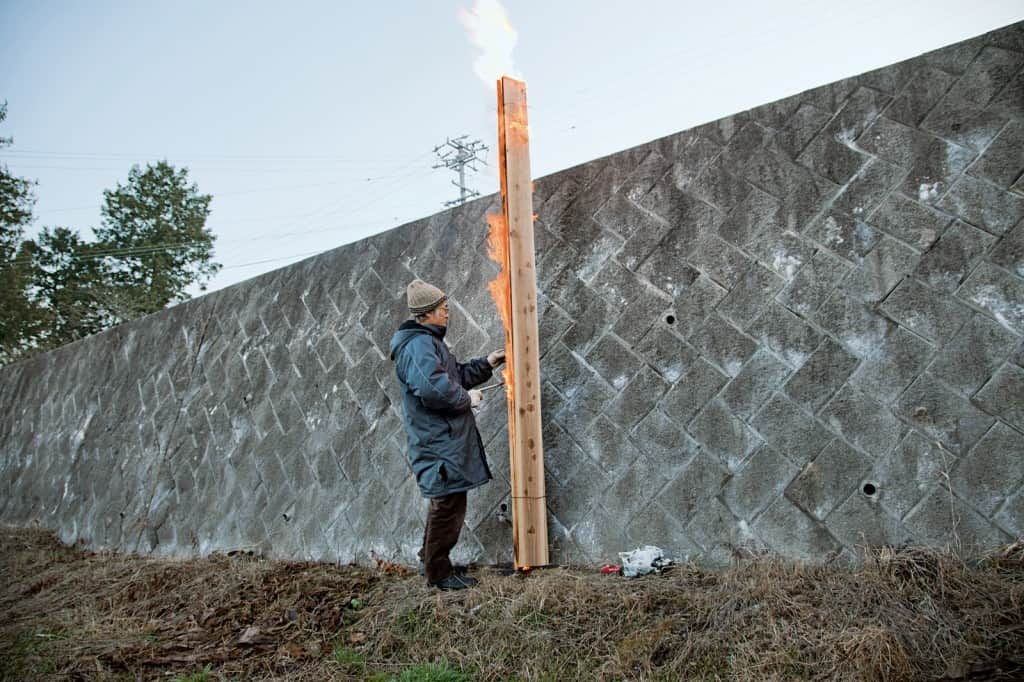 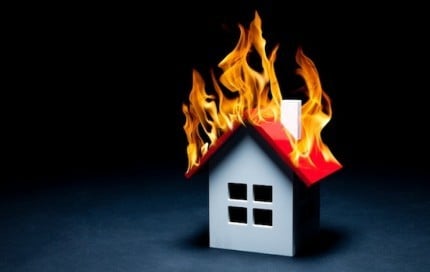